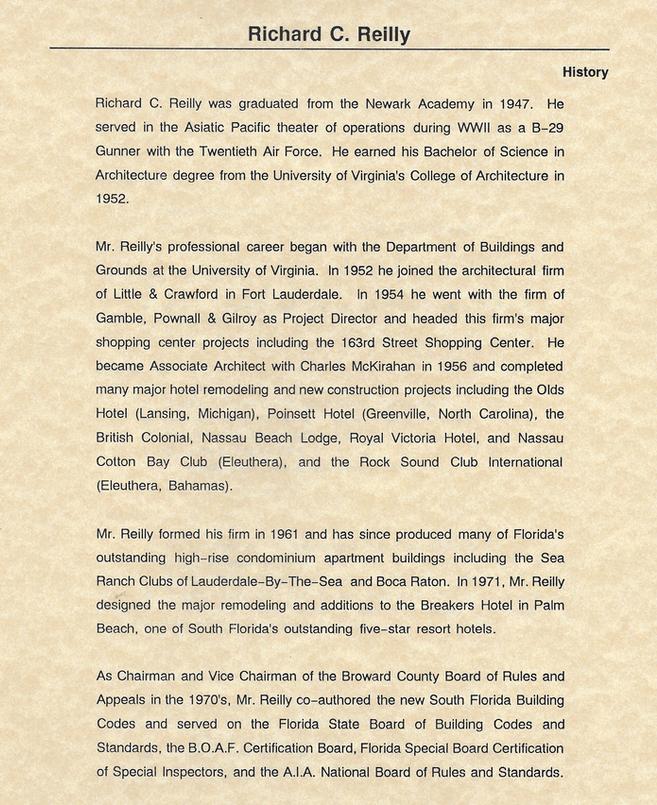 Rick enlisted before  he actually turned  18.  He said he was afraid the war would be over  if he waited to graduate high school.  Upon return from active duty, Mr. Reilly returned to Newark Academy to complete high school before going to University of Virginia.

Many years later Mr. Reilly was able to return the favor and hire  Charles McKirahan's son into his firm. Charles "Chuck" McKirahan went on to start his own firm. Mr. Reilly said, he was always happy to groom his future competition. Many of South Florida's Architects worked with Mr. Reilly as Draftsmen, Supervising Architects and Project Managers. Most all went on to  practice in their own firms.

Rick Reilly passed away July 19th, 2000 proceeded by his wife of 48 years, Irene June 13th 1998. His impact on Broward County, Florida and the Caribbean remains as monuments to mid-century high-rise architecture. He lived a life well lived along with what is called the greatest generation.